When I first met Jacque we were both clients of Project Self Sufficiency(PSS). She was a single mom new to the program with her two young sons in tow. I had one year left, as the following year I would be graduating with my degree and graduating out of the program. I was attending a PSS function when I heard somebody say, "Jacque won't be here because she just began her chemotherapy treatments." I walked around the room in a haze wondering what everyone was talking about.

How could this happen to Jacque?

What's going to happen to her babies?

What kind of cancer does she have?

What is she going to do about school?

These were all questions that were going through my head as I walked around the room. I must have been walking around in a zombie-like state because another program participant stopped me to ask what was wrong. Explaining what I had heard about Jacque and chemotherapy, it was confirmed to me that she had breast cancer and was undergoing radical measures to eradicate the cancer.

I ran into Jacque not too long after her treatments began. I began the conversation with the typical awkward questions of 'How are you doing?' and 'How are your kids?' However, I could not stop staring at the perfect roundness of her head and the scarf she was wearing. She was perfection.

Everything about Jacque and the way she handled her struggle and her journey conjured up the word tenacity for me; she was unstoppable, beat cancer, and continued living her life in the only way she knew--with pride and gusto in all that she encountered!

Then one day we were messaging each other on Facebook (something we commonly do as I check on the conditions of the property she lives on because of the pantry I help run). It was September 19th at 3:41 pm that the following message came through, "My MRI came back with abnormal lymph node issue. I have a diagnostic ultrasound scheduled on Monday. Next step will be a biopsy, if warranted."

At that moment in time I was so incredibly grateful that the conversation happened electronically because I did not want her to see the effect her words had on my body, on my face, and on my heart.

How could this happen to Jacque AGAIN?

What's going to happen to her babies AGAIN?

What kind of cancer does she have AGAIN?

What is she going to do about school AGAIN?

Turns out that I didn't need to ask those questions because Jacque was ready to tackle whatever diagnosis would come her way; days later she was advised by her medical team that the breast cancer had returned and treatments would begin immediately. To say that Jacque was handling the news with finesse is an understatement--Jacque took to social media and announced her diagnosis, promising to answer any questions that anyone may have about the recurrence and the treatment plan she and her doctors had agreed to.

Fast forward a month and a half later and I am sitting in the pantry when Jacque arrives. I get up from my chair to hug her in our customary greeting and she announces that the following Friday she would begin her treatment with chemotherapy and she would begin to lose her hair. My breath stopped and my face must have given away my sadness, because Jacque immediately jumped into educator mode and told me that she had been through this before and is prepared to handle this journey.

My mind was working on overdrive. Jacque is a dear friend; she is not just a client of Project Self Sufficiency. Our friendship over the last four years has always been truthful and transparent, and so for me to tell her that I was afraid for her was completely unnecessary--she knew I was afraid and knocked the fear down.

noun re·sil·ience \ri-ˈzil-yən(t)s\
: the ability to become strong, healthy, or successful again after something bad happens


This was the first thought that came to mind. Jacque is reslient. If she was strong before the second diagnosis, she was going to be STRONGER during her second journey with breast cancer! The second thought was a way that I could use my skill set to help document parts of her journey. I asked, "Do you want to do a photo shoot with your two little ones before you begin to lose your hair?" A simple nod. Tears in our eyes. Neither one of us knew what to say at that moment and it seemed like almost an eternity before she said, "I would love that."

The wind was blowing in a manner uncharacteristic of our typical Southern California weather. The clouds loomed overhead as we arrived to the house she was currently occupying on 8th street. I had to put my emotions on hold and remind myself that this photo shoot was not about making myself feel better about being able to help her document her family in the moment, but rather, it was about a mother freezing time with her two young sons before her hair, body, and health would take on a transformation.

Below is a sample of the moments we captured that Sunday morning when the only care in the world for these two young boys was getting the perfect shot with their mom. I am humbled to be of service to so many of our community's single parents. I am proud to call many of them my friends.

I am blessed to count Jacque as one of my SHEroes. 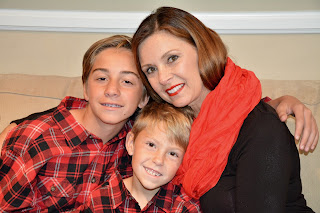 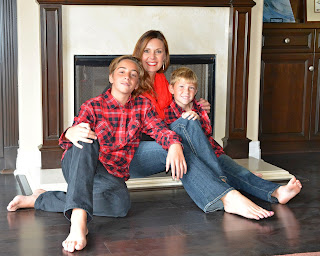 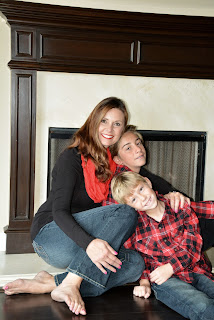 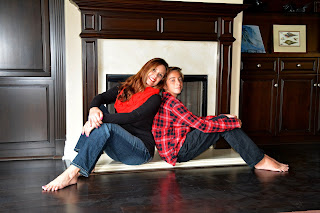 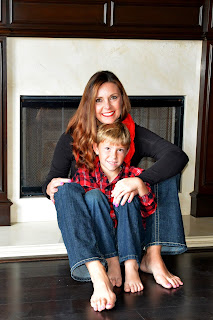 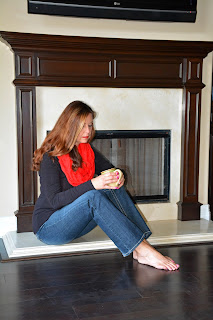 Jacque reflecting on her upcoming journey 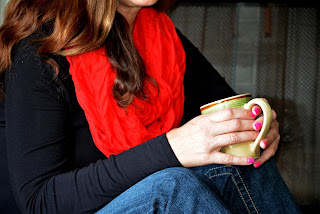 A deep breath. A hot cup of tea. Blessing from friends.
Thank you, Jacque, for allowing me into your space and into your life to capture these moments!
For those of you who are interested in reading more about her story and of how you can help Jacque and her boys throughout her journey, please visit the following link: